Faster, louder, even more exciting than the F12. But not as pretty to look at, which is a shame

So how on earth do you replace a car like the F12, which was surely one of the great front-engined, rear wheel-drive sports cars there has ever been, Amen?

Answer; with a car like the new £253,004 812 Superfast, which has yet more power (789bhp to be eye-wateringly precise), yet more performance, an even bigger V12 nestling beneath its long and luscious bonnet, and which is, according to Ferrari, even more exciting to drive.

Are they right? Is the 812 not just a step up technically and in its potency, but does it also tingle one’s spine with even more conviction than the mighty F12? And if so, where does that leave the likes of the new Lamborghini Aventador S, other than reeling on the carpet, metaphorically holding its crotch in agony?

We’ll come to the answers in more detail in a moment, but for the time being take it as read that the Superfast is an almighty piece of work on Ferrari’s behalf. It is monumentally fast, sounds absolutely out of this world, has a gear change – and, more to the point, a new shorter set of gear ratios – that will fray the outer edges of your imagination with its brilliance, and its chassis has mostly been improved to create a deeply seminal range of abilities – on both road and track.

But there are caveats, albeit highly subjective ones. One, to these eyes it no longer looks as classically beautiful as the F12, thanks mainly to the new aerodynamic elements along its flanks and at the back. Second, its new electronic power steering is more hyper-active than ever in its response, thanks in part to a new rear-wheel steering system that improves turn in, yes, but which also takes time to warm to in the way it behaves.

All up, though, the Superfast is a quite extraordinary car. Here’s why.

As a result of this, plus numerous other internal upgrades – predominantly to the intake system to maximise the efficiency of the combustion process and help it breathe better, basically – the new V12 produces 789bhp at 8500rpm, 529lb ft at 7000rpm and revs to a quite magnificent 8900rpm before the limiter intrudes.

The shape of both the power and torque curves are quite different from those of the F12, in which the torque fell away towards the top end. In the 812, however, torque is stronger from the word go and builds to a crescendo until the rev limiter comes into play, pretty much mirroring the power curve. And this, says Ferrari, provides the 812 with a subjectively more exciting form of power delivery, one that builds very quickly as the revs rise, becoming stronger and more visceral the faster the engine spins.

The exhaust features a six into one manifold that is, again, a fair bit more efficient than the system used in the F12, says Ferrari, allowing the engine to breathe better both in and out. And the sound it allows the V12 to emit over the last 3000rpm needs to be experienced to be believed.

The 812 isn’t just more potent than the F12 but it’s also 60kg lighter, so as you can imagine the increase in pure performance is significant. And the F12 wasn’t exactly turgid in a straight line.

The 812 has a big box of tricks to call upon, bigger than any other production Ferrari’s. Quite apart from its V12 engine and seven-speed dual clutch gearbox (which has shorter, closer stacked ratios than the F12, with 30 per cent faster upshift times and 40 per cent quicker downshifts) there is a wealth of new electronic wizardry employed to help it bend the space/time continuum. Plus some very clever new aerodynamic elements.

At the back there’s a new electronic four wheel-steering system that increases stability everywhere, says Ferrari, while dramatically improving turn in response and eradicating understeer. Together with a new electronic differential and a fifth generation version of Ferrari’s side slip control system, this creates what Ferrari refers to as a Virtual Short Wheelbase system, all of which is engaged (or disengaged) via the tradition mannetino switch on the steering wheel.

At the front there’s a new electric power steering system with variable torque assistance, which sounds a bit weird and indeed is, slightly, to begin with. It’s especially so when you realise that the system is actively designed to help you apply opposite lock when the rear end steps out of line, more on which later.

The brakes are by Brembo and feature vast 398mm carbon ceramic discs at the front and almost as big 360mm CC rotors at the rear. Interestingly, the tyres are regular Pirelli P-Zeros rather than Corsas, Ferrari justifying this choice on the grounds that it wants the 812 to be perceived as a fully usable road car first, not a full-on track weapon that can merely be tolerated on the road.

The aero on the 812 is deeply sophisticated and features passive flaps on each side at the front that open above 200kmh to basically stall the underbody diffuser. There’s also an active electronic wing at the back and huge scoops on the sides to manage the airflow across the car at speed. The overall result is much more downforce but also much less drag than in the F12, says Ferrari.

Pretty epic, truth be told. You look at all the electronic tricks it has up its sleeve and you do begin to wonder how digitised the 812 is going to feel from behind the wheel, but in reality it still feels essentially analogue in its behaviour. And the V12 engine and gearbox are simply off the chart wonderful in the way they behave.

As ever it’s the sound that hooks you first, and the higher you rev the 812, the more magnificent it gets. But the pure performance of the 812 in a straight line, and the traction it somehow manages to generate, even on quite bumpy roads, are what leave you with the deepest impression of all.

It feels nothing short of rabid in a straight line, with the kind of throttle response that only ever comes from a big, atmospheric engine that revs high and hits hard, everywhere. Even at 4000rpm in third gear it feels pretty much ready to take off. And at 8500rpm in second gear it’s actually hard to describe how fast it feels, how loud it sounds, how utterly fantastic it just is. And the way the gearbox slices through the ratios, up or down, is very much integral to the experience. I think this is surely the best dual-clutch gearbox there has ever been in a road car.

And the chassis isn’t too far behind, with a slightly spooky blend of handling agility, ride comfort, traction, grip and composure. But there are a couple of caveats, as intimated, and the first – indeed the only main one – involves the steering. All Ferraris feature steering that’s unusually light and unusually fast in its response, we’ve come to simply expect that now. But in the 812 it’s perhaps a touch heavier than before, which is good, but is also even faster in its responses, which to begin with at least, is not so good. Not unless you are naturally hardwired to drive a car as if it were a fighter jet.

You do eventually get used to the way the 812 hyper-reacts to your inputs at the wheel, and after a while it does then get close to becoming intuitive, at which point you start to guide the car more with your brain than with your hands, which is of course Ferrari’s intention. But the moment you climb into any other car you will think the steering rack is broken, and it’s the 812 that is out of kilter with the rest of the car world, which is maybe not such a good thing.

In all other respects, however, it is a quite incredible car to drive. The new seats are hard but clamp you in place behind the new multi-adjustable digital dashboard to perfection. And from that moment onwards the 812 over-delivers on your expectations in just about every department.

On the track it feels lighter and more agile – and just faster – than you would ever believe possible from a 1630kg front-engined car. And to be honest, the best way to get the most enjoyment out of it is to wind the mannetino all the way to the right and turn everything off, because only then can you revel in the pure balance the 812 displays on the throttle. It goes sideways everywhere, sometimes even in fourth and fifth gear, but at the same time it’s still extraordinarily friendly while doing so. With everything off you can basically drive it like an M3. Which is genuinely extraordinary given that there’s the thick end of 800bhp beneath your right foot.

It’s faster and arguably more “impressive” with the systems switched back in, but if anything the electronics are a bit too keen to take the throttle away from you on the track, even if they do allow a fair bit of slip before the safety net is deployed. And on the road they are very much there to help you keep your quarter million pound 812 Superfast out of the undergrowth, and they do so very well indeed.

On the road, in fact, you never really notice that they are there at all. And on the road, of course, the 812 feels approximately twice as fast as it does on the track – to a point where I can’t really imagine anything else, at any price, with any engine configuration, feeling any faster – or better to drive – than the 812 Superfast.

The Superfast actually looks like pretty decent value at £253,004, and its intended market would certainly seem to agree; the car is sold out for the next two and a half years now, although whether it will be a Ferrari that goes up in value in the longer terms is far from a sure thing.

Rivals are few and far between at this level, the Aventador S at £271,146 probably being its most obvious competition. Elsewhere the Ford GT at £450k looks expensive considering it has over 140bhp less and isn’t just as accelerative as the 812, even if it has a higher top speed. As yet McLaren doesn’t make a GT car to rival the 812, neither (yet) does Porsche, although the Panamera Sport Turismo might change that when it appears in a few months time.

At the moment the 812 Superfast appears to be in a league of one. 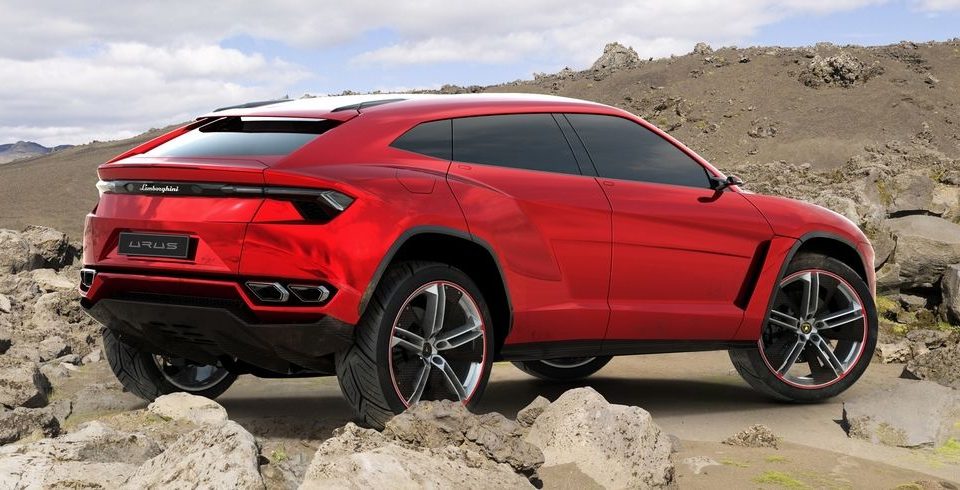 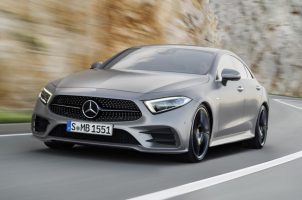